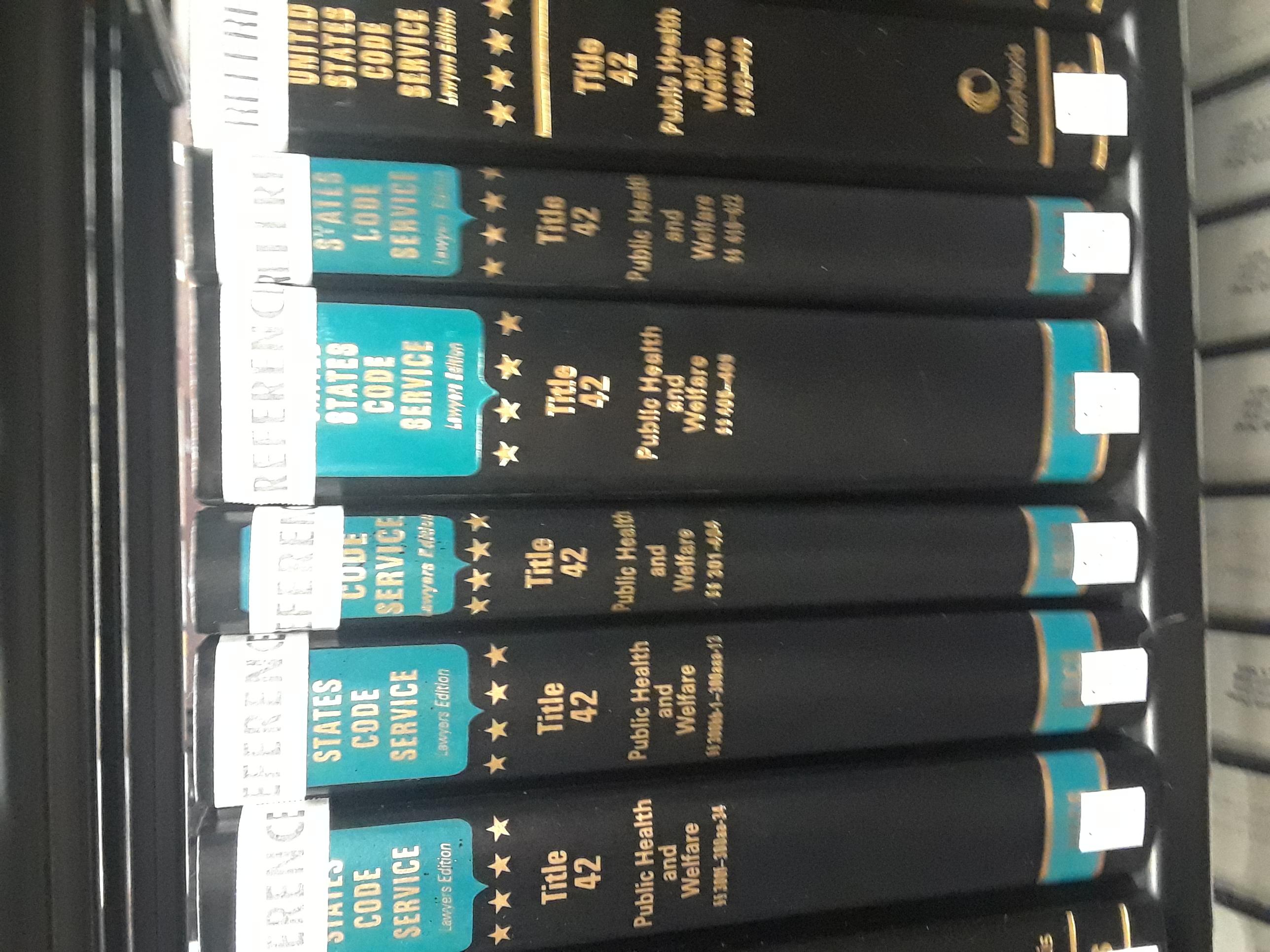 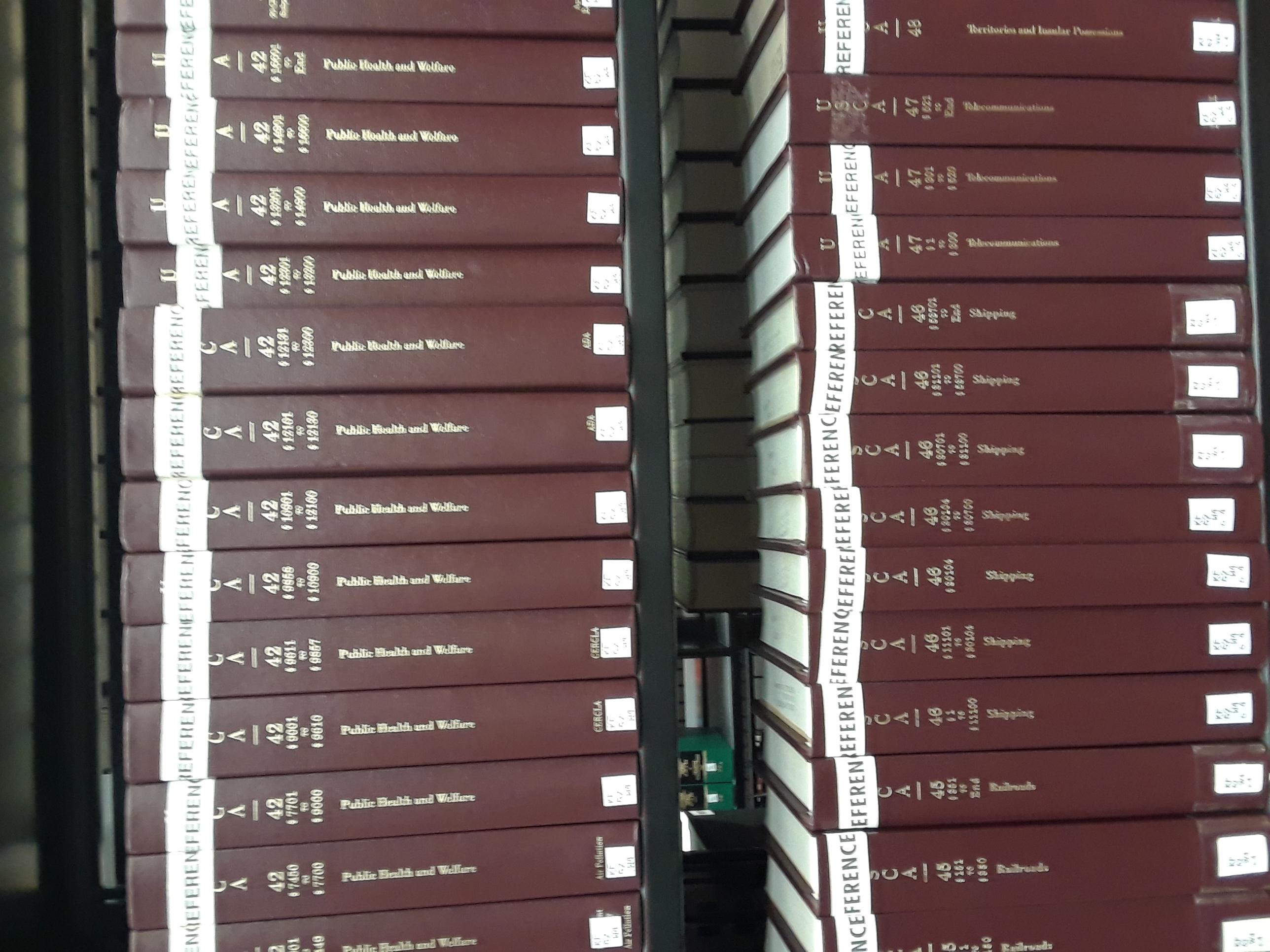 There are some differences between the two unofficial versions of the U.S.C.:

Therefore, if you have access to both the U.S.C.A. and the U.S.C.S., it's a good idea to check a statute in both sets to ensure that you aren't missing a potentially relevant source.

Statutes are laws written and enacted by the legislative branch of government. Most new laws are created through statutes (as opposed to being created by judges through case opinions); therefore, it is important to know that you will frequently begin your research projects by looking at a statute rather than cases.

At the federal level, each statute is published in three versions. First, a statute is enacted as a slip law, which is printed on a single sheet or in pamphlet form. When a slip law is published, it will be assigned a Public Law Number to identify it. The Public Law Number (e.g., Pub.L. No. 112-25) consists of two parts: The first number represents the number of the Congress that passed the law, while the second number represents the chronological order in which the law was passed. In the above example, Pub.L. No. 112-25 is the 25th law passed by the 112th Congress.  Slip laws/Public Laws are available in print or online through the Library of Congress's Congress.gov site.

Next, the statute is published as a session law. Session laws are the slip laws bound chronologically by Congressional session (each Congress lasts two years and is divided into two sessions). The Statutes at Large is the official U.S. government compilation of federal session laws.

While it's important to acknowledge the existence of slip laws and session laws, there are several problems with researching statutes using these formats:

Therefore, when researching, you'll want to use the third version of a statute, which is published in a code. A code arranges the statutes by topic (rather than chronologically), indexes statutes to allow for subject access, and incorporates any amendments and repealed language such as to always give you the current picture of the law.

The official codification (i.e., the version published by the U.S. government) of federal statutes is the United States Code (U.S.C.). The U.S.C. is broken down into 53 subject Titles, with each Title representing a major subject area (e.g., Banks and Banking, Labor, Transportation). The newest Title (Title 54) covers the National Park Service and was added in December 2014 (note that there is currently not a Title 53). The U.S.C. is published in full every six years, but cumulative bound supplements are issued each year in between. Publication of the full code and annual supplements may lag several years behind; for example, the Law Library didn't receive the complete set of 2006 U.S.C. bound volumes until 2009. Because of these long delays, and because the U.S.C. doesn't contain any explanatory material to help researchers understand the statutory language, it's more efficient and effective to use an unofficial code. An unofficial code is a commercially published version of an official code, which is used for legal research. Unofficial codes include references (called annotations) to primary and secondary sources that relate to each code section and are updated much more frequently than the U.S.C.

There are two unofficial code print versions of the U.S.C.: United States Code Annotated (the U.S.C.A., published by West) and the United States Code Service (the U.S.C.S., published by Lexis). Both sets include the entire U.S.C., as well as other material (e.g., the Constitution, Federal Court Rules, Federal Rules of Evidence). All of the content is annotated with references to case law and secondary sources (such as law reviews, treatises, and ALR annotations) that interpret the statutory language; plus there are cross-references to related regulations. Both versions also include a multivolume index at the end of the sets, along with a Popular Name Table that facilitates searching for a code section when you know the name of the statute (e.g., USA PATRIOT Act, Megan's Law). Both versions also include volumes that contain tables showing parallel references for Public Laws, session laws, and code sections. Both versions are updated annually with pocket parts and/or softbound pamphlet supplements (just as we saw with the digests), and both include advance legislative service volumes that show changes to the code sections in between the times when the pocket parts are issued. You can also use an online citator to determine if a statute is still valid and to find cases and other materials that analyze or interpret the statutory language. Use KeyCite (in Westlaw) for the U.S.C.A and Shepard's (in Lexis) for the U.S.C.S.

Each of the major online subscription services has its own annotated code, and each allows researchers to perform full-text keyword searches. However, when searching in online annotated codes, it's important to remember that statutes are not individual documents; rather, they are part of a larger scheme. Therefore, it's a good idea to take advantage of the Table of Contents feature in any online code. The Table of Contents will allow you to browse for related sections (especially definition sections) as well as view a single statutory section in the context of related sections. As for the annotations to related, non-statutory material, each service differs slightly.

As part of its LibTour podcast series, CALI created this brief introduction to the U.S.C.A. and U.S.C.S. Follow the link below to the podcast.

How to Cite Codes - Examples

Rule B12.1.1 (Bluepages) of The Bluebook (21st edition) covers how to cite to U.S. federal statutes in non-academic legal documents. Per this rule, a full citation of a federal statute includes: 1) the official name of the act; and 2) the published source in which the act can be found. It may also include a parenthetical indicating either i) the year the source was published (used for codes); or ii) the year the statute was passed (used for session laws). The Bluebook provides the following examples (see p. 18):

In this example, the legislation at hand appears in title 42 of the United States Code in sections 9601 through 9675.

In this example, the legislation is listed as a session law: it appeared in section 9 of Public Law Number 89-670 (the 670th law passed during the 89th Congress). The text of the Public Law appears in volume 80 of the Statutes at Large, starting on p. 931. The referenced legislation appears on pages 944 through 947. The year the statute passed was 1966.

For guidance on citations of individual statutory sections, see rule B12.1.1 (Bluepages) (p.19).

Whenever possible, cite the current official code for statutes currently in force (although note that it's best to use an unofficial annotated code for research). A citation of an official or unofficial code includes the following components: 1) the title number; 2) the abbreviated name of the code; 3) the section number(s) in which the act is codified; and 4) the year of the cited code edition (not the year the act was passed). The year of the cited code edition, however, may be omitted when citing the official or unofficial U.S.C., while citations to an unofficial code (such as the U.S.C.A. and the U.S.C.S.) must include the name of the publisher in a parenthetical. The Bluebook provides the following examples in rule B12.1.1 (Bluepages) (see p. 19):

Rule 12 (Whitepages) of The Bluebook covers how to cite to statutes and codes in academic works. If available, cite statutes currently in force to the current official code or its supplement (see p. 121 for alternatives when the current U.S.C. is not available). The Bluebook provides these examples (see  p. 121) :

Note that citations to both the official and unofficial federal codes do not require a date.

Rule 12.5 (Whitepages) explains how to cite a code contained in an electronic database. Per this rule, give parenthetically the name of the database and the currency of the database as provided by the database itself (rather than the year of the code). Also provide the name of the publisher, editor, or compiler per rule 12.3.1(d) (Whitepages) unless the code is published, edited, compiled by, or under the supervision of government officials. The Bluebook includes the following examples (p. 127):

In this example, the citation is to the United States Code Service (an annotated code published by Lexis). The United States Code Service database used in this example is current through Public Law No. 113-108 (the 108th law passed during the 113th Congress). You can find the currency of the U.S.C.S. database in Lexis listed underneath the statutory section you are viewing, and it will be listed by the Public Law Number.

In this example, the citation is to the United States Code Annotated (an annotated code published by West). The United Stated Code Annotated database used in this example is current through Public Law No. 113-93, excluding Public Law No. 113-79. You can find the currency of the U.S.C.A  in Westlaw at the bottom of the screens for individual statutory sections where it says "Current through . . . ."